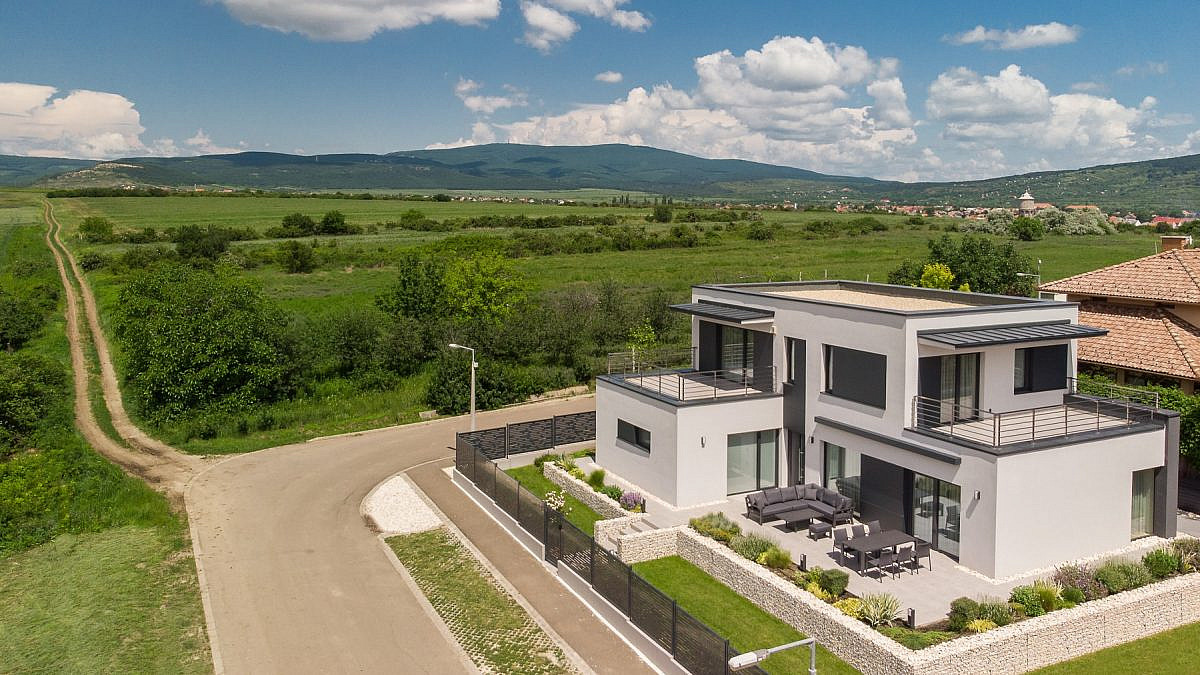 Photo session of a building that takes 10 hours

I never regret the time that I spend on site to take and hand over the best possible photos. I have built career from my hobby, so interior photography is never a hassle for me. Now you can see the results of 10 hours that I spent in Gyöngyös shooting photos of a detached house. 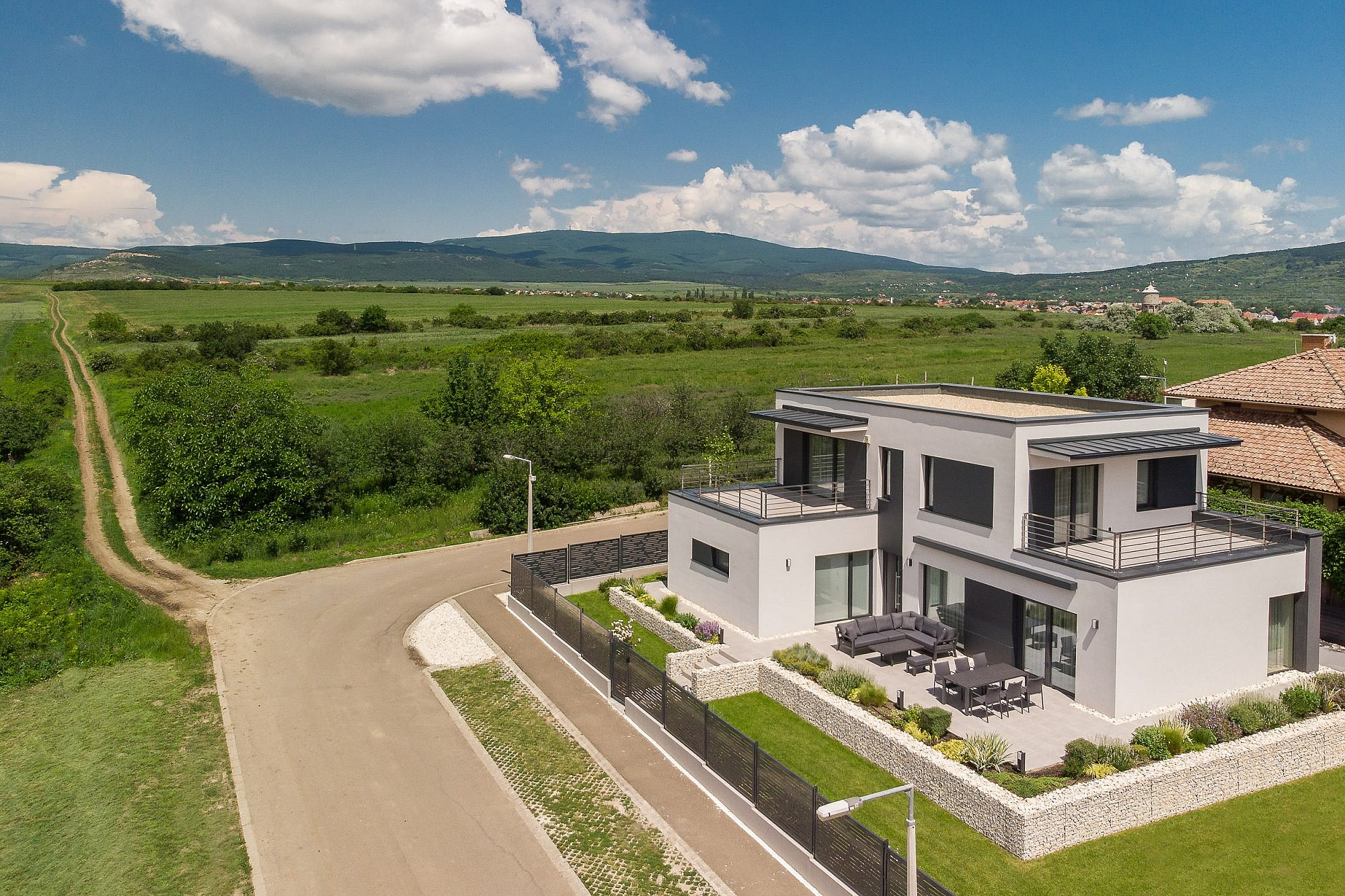 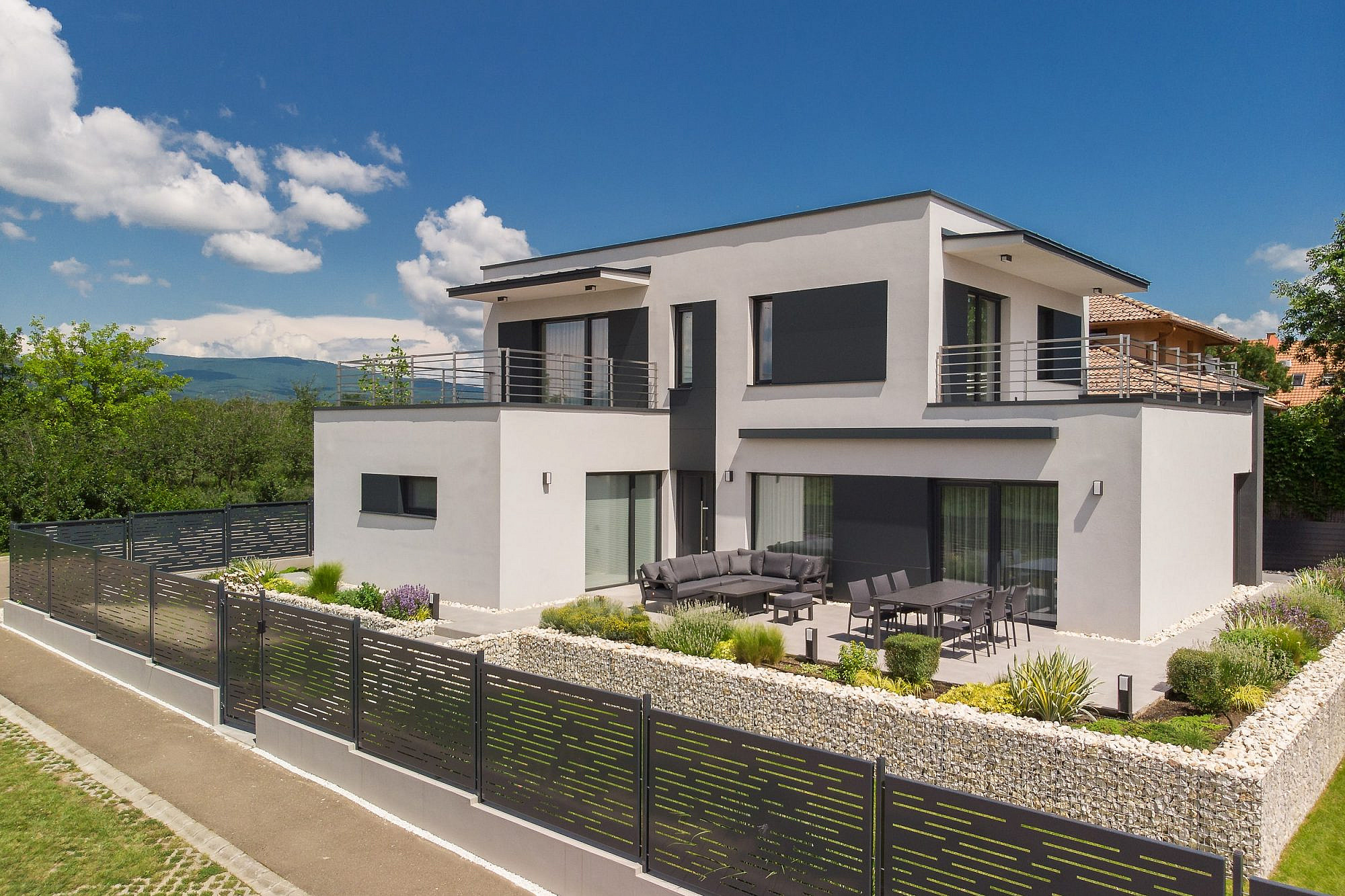 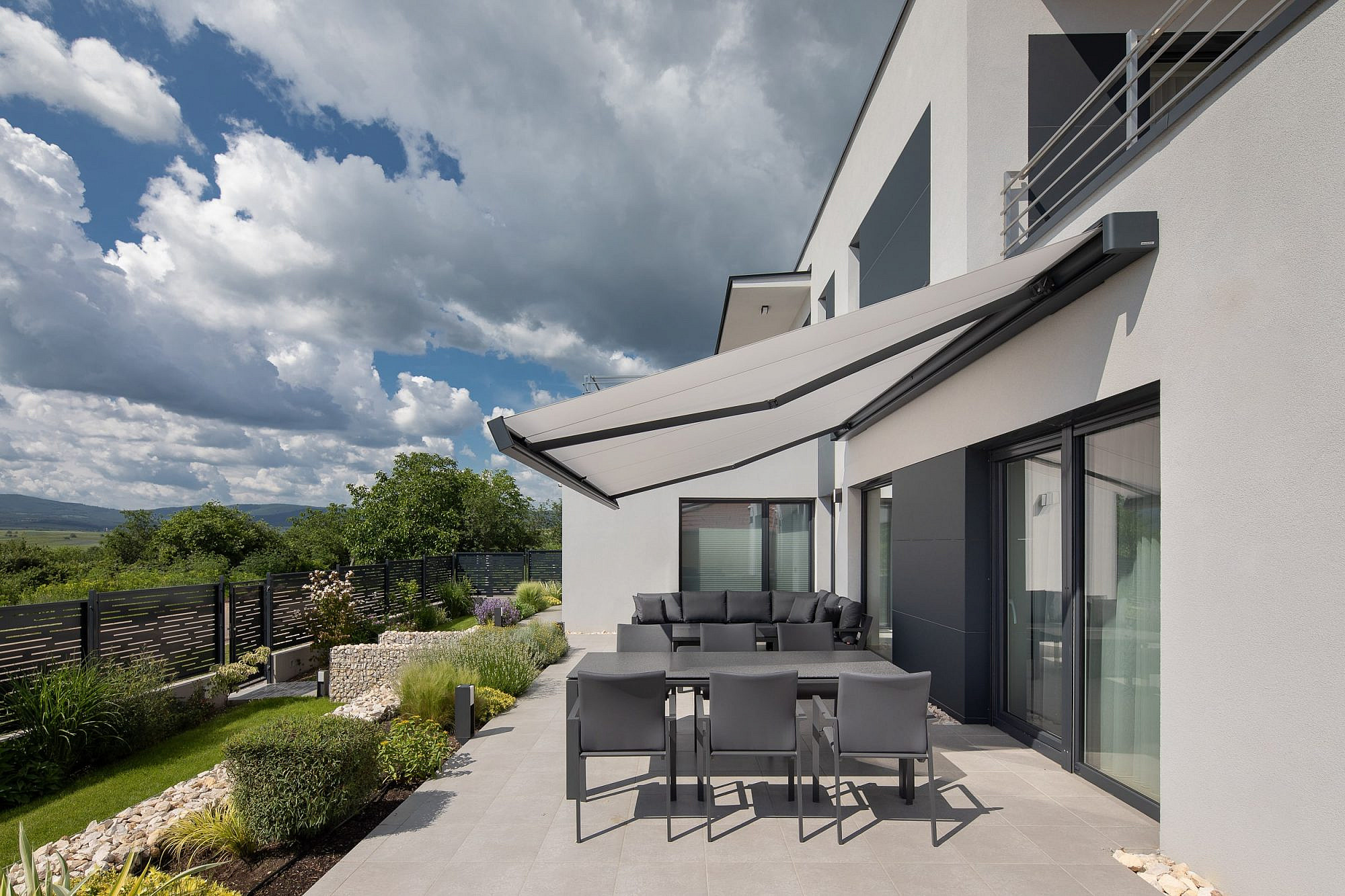 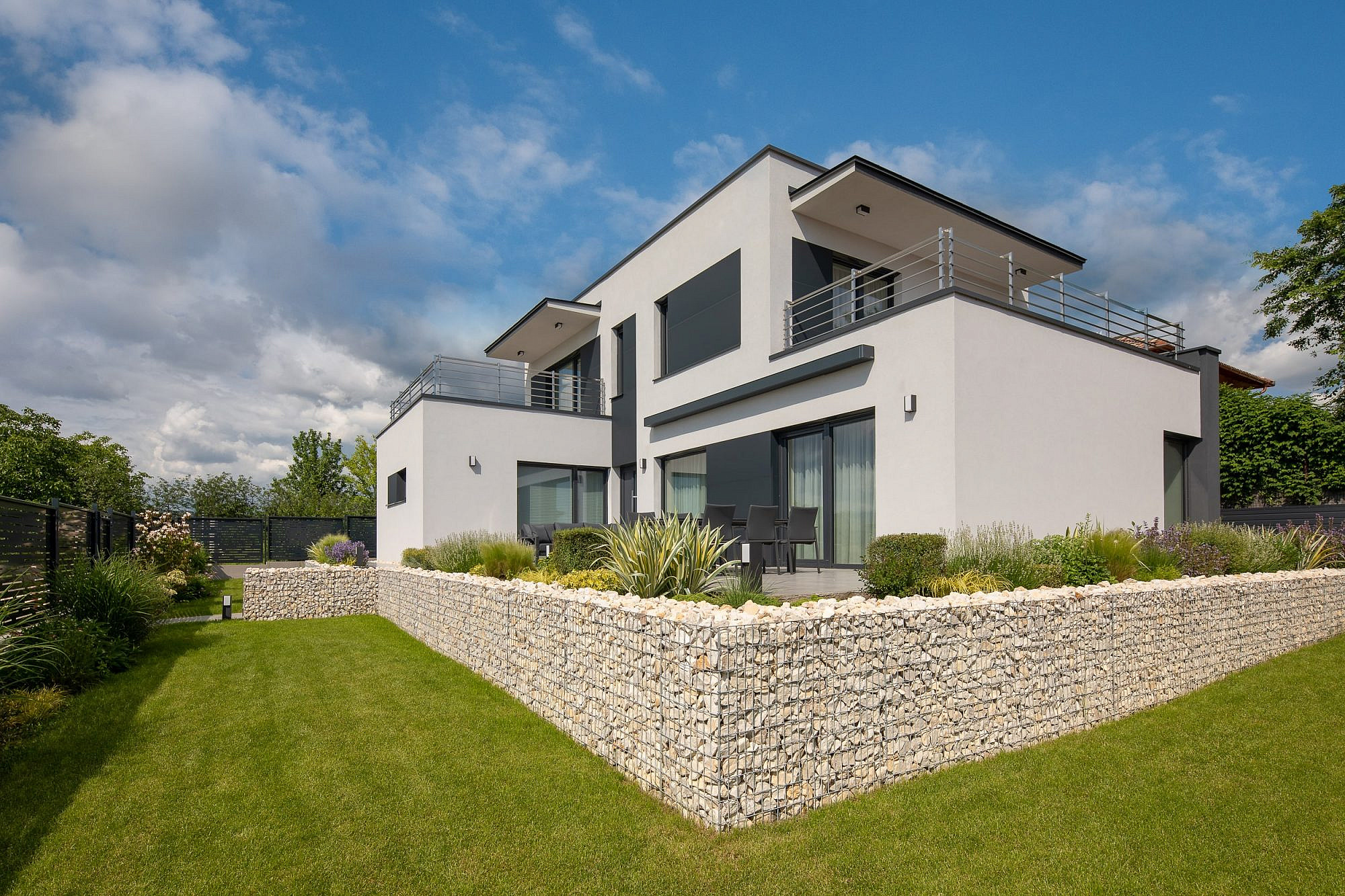 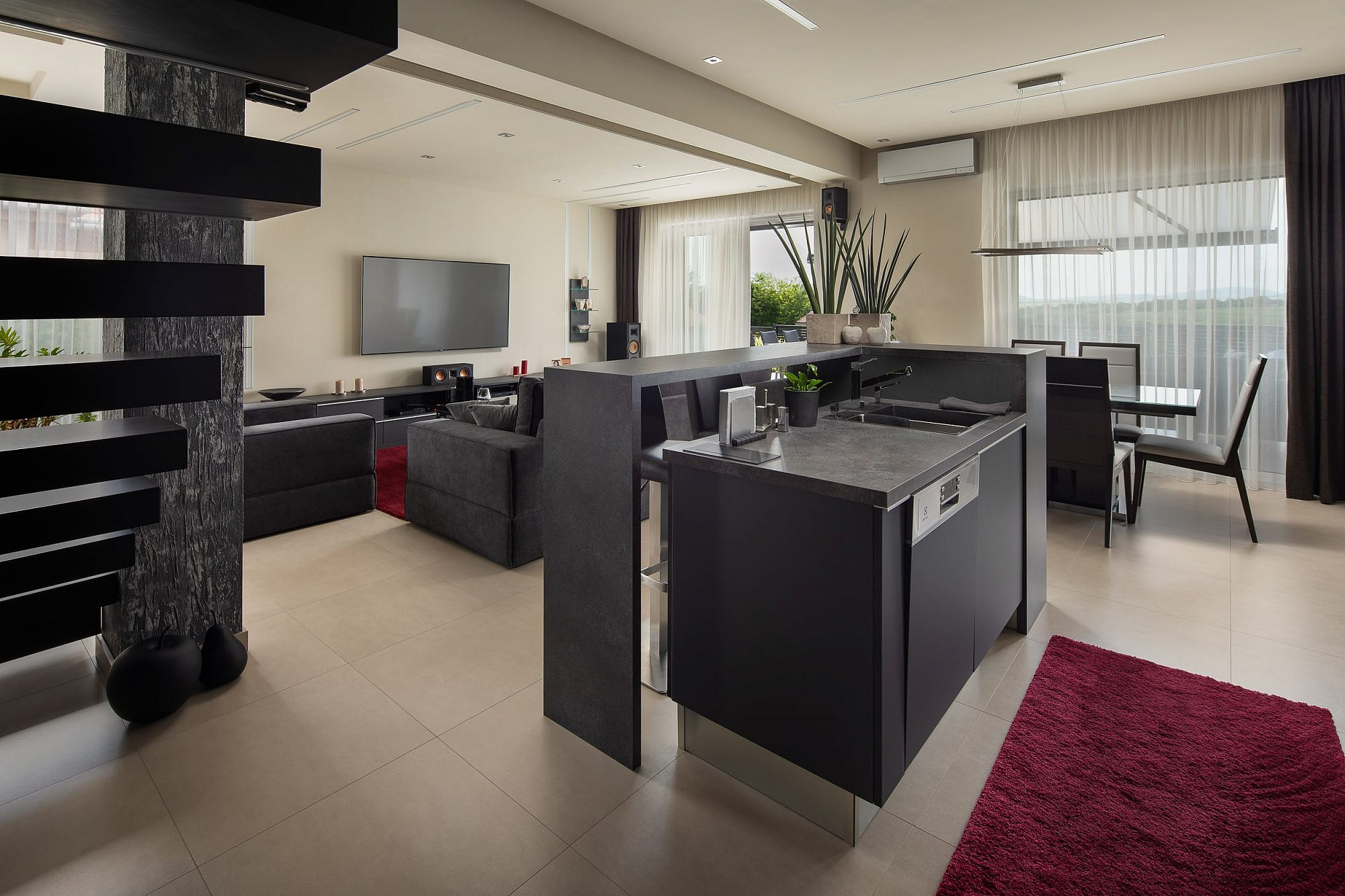 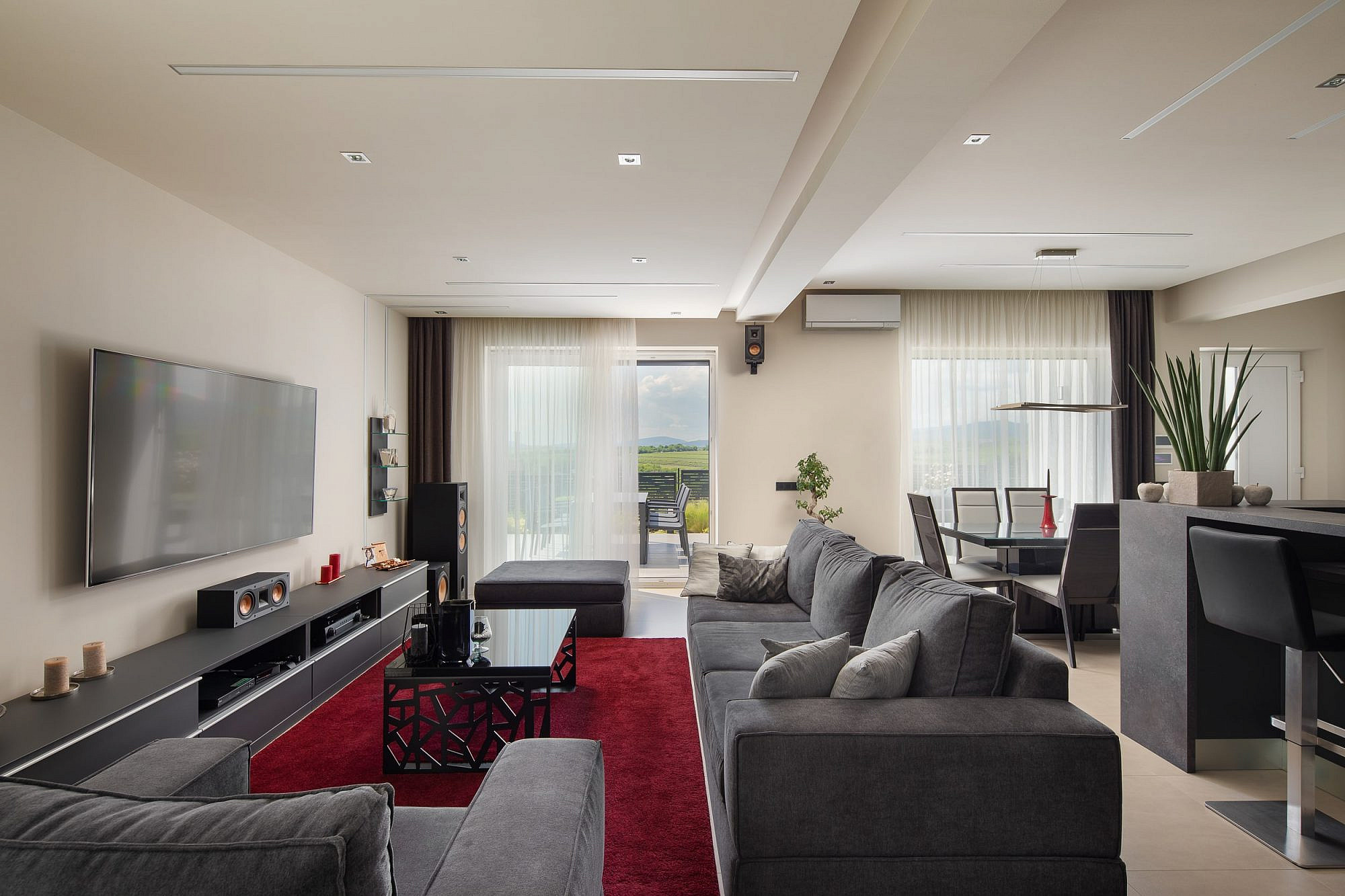 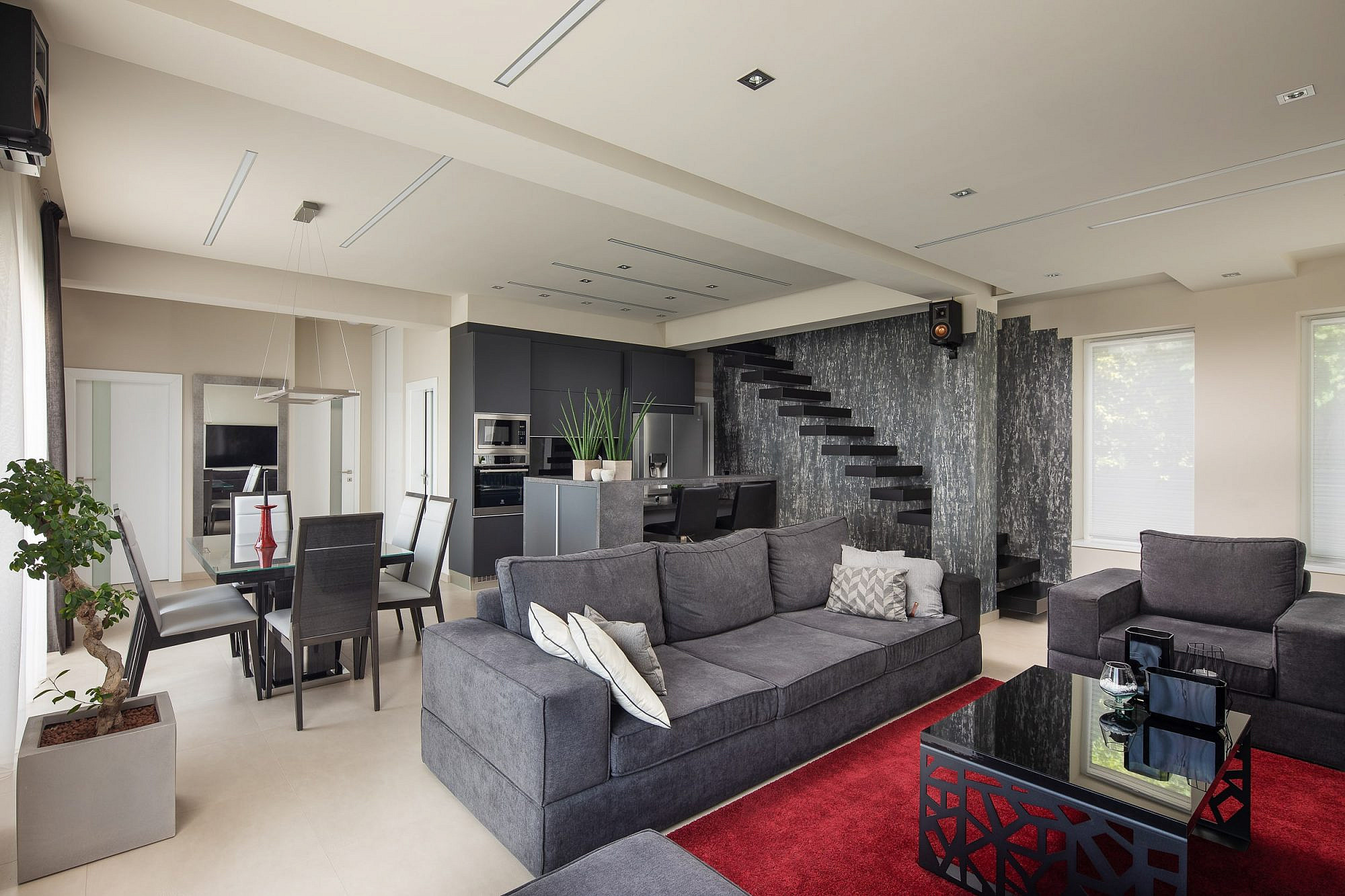 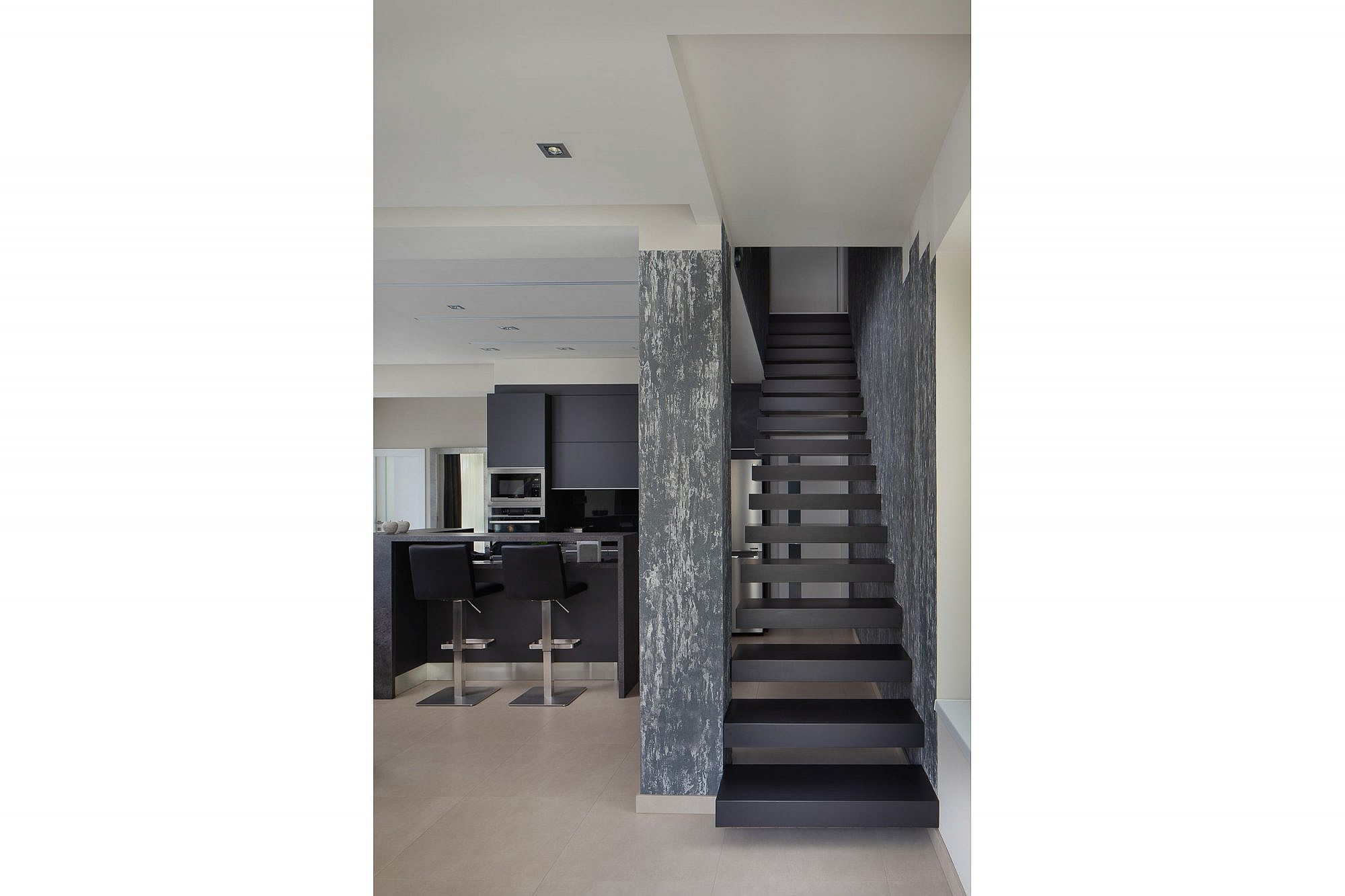 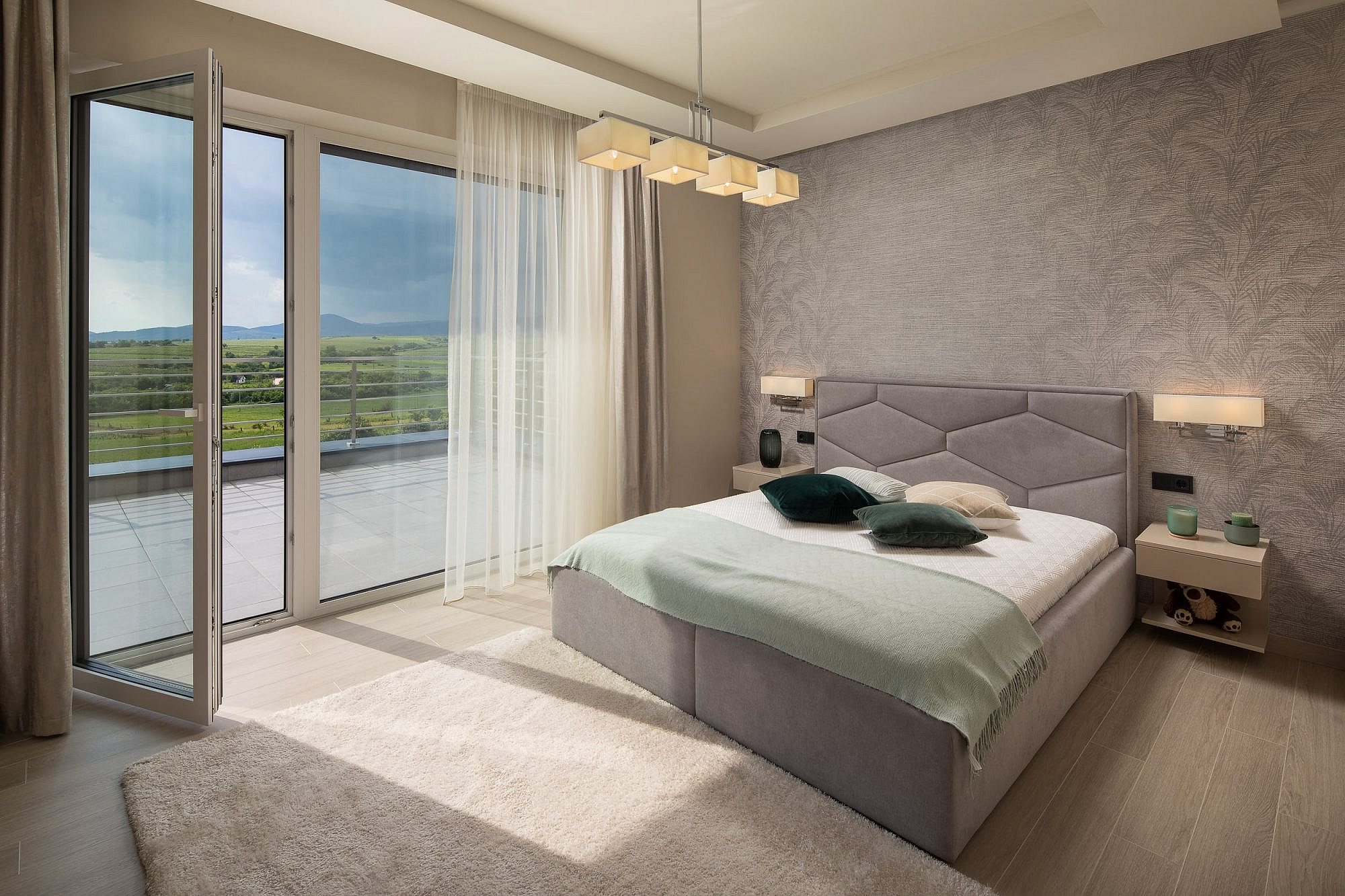 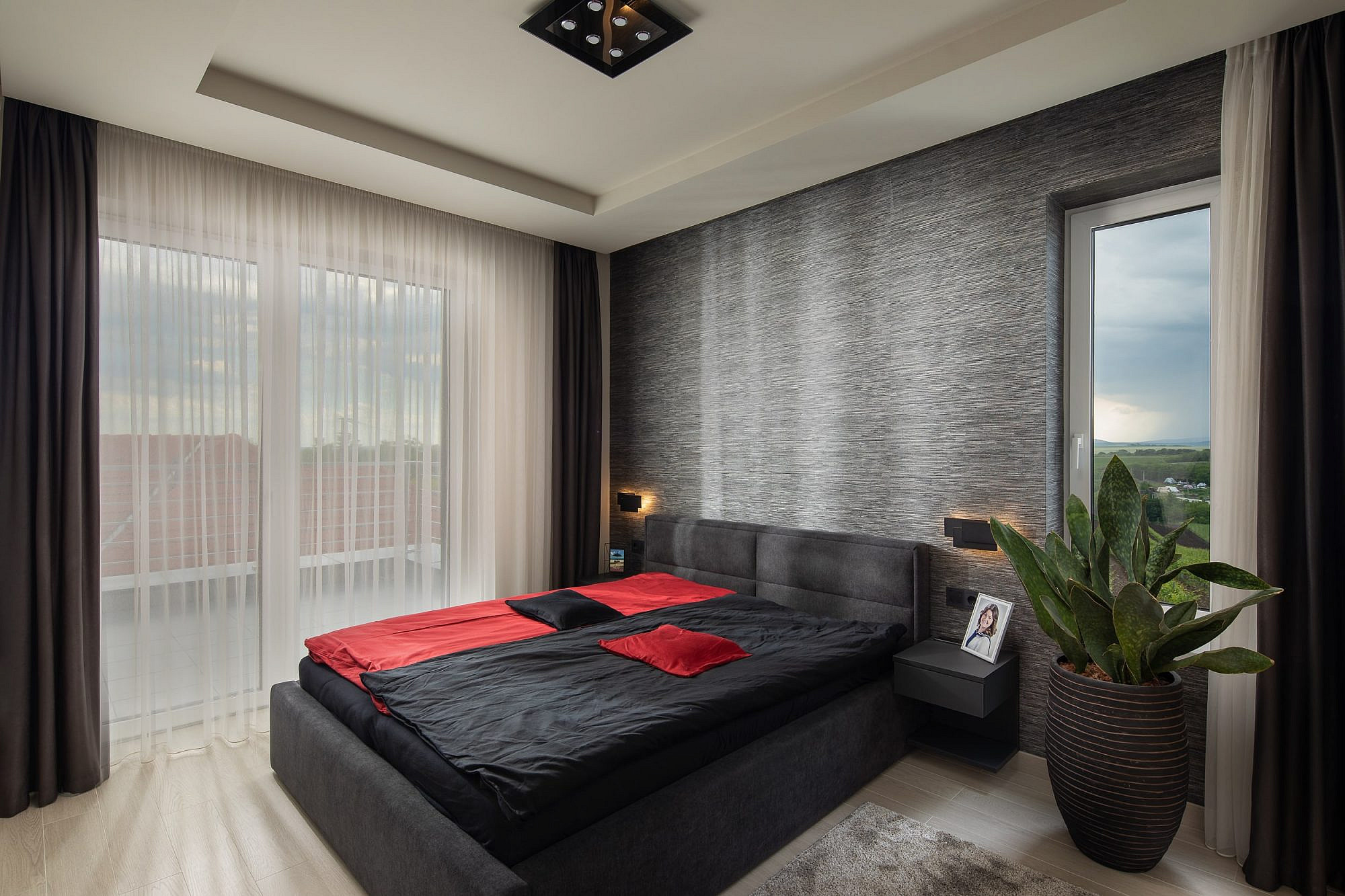 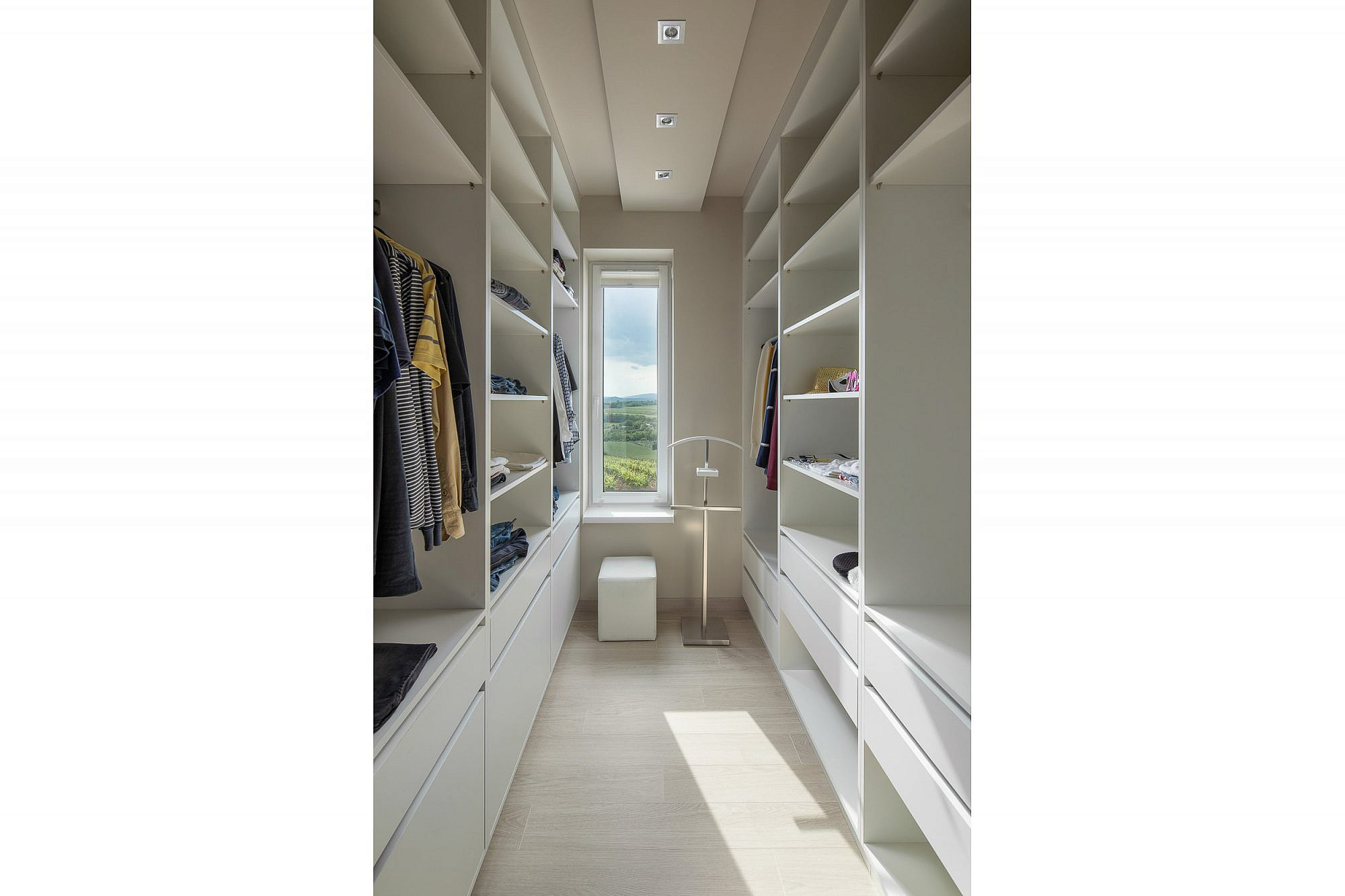 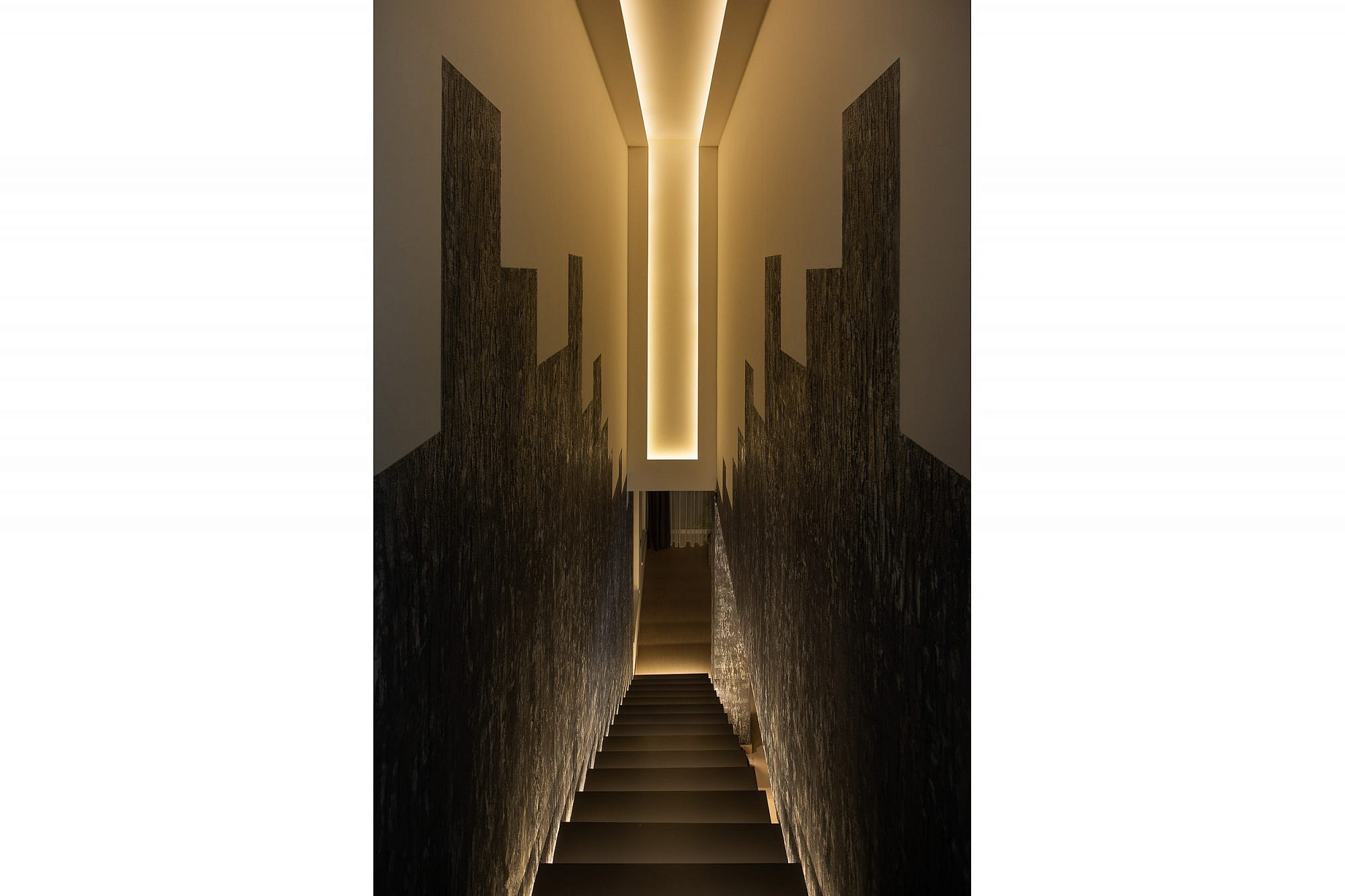 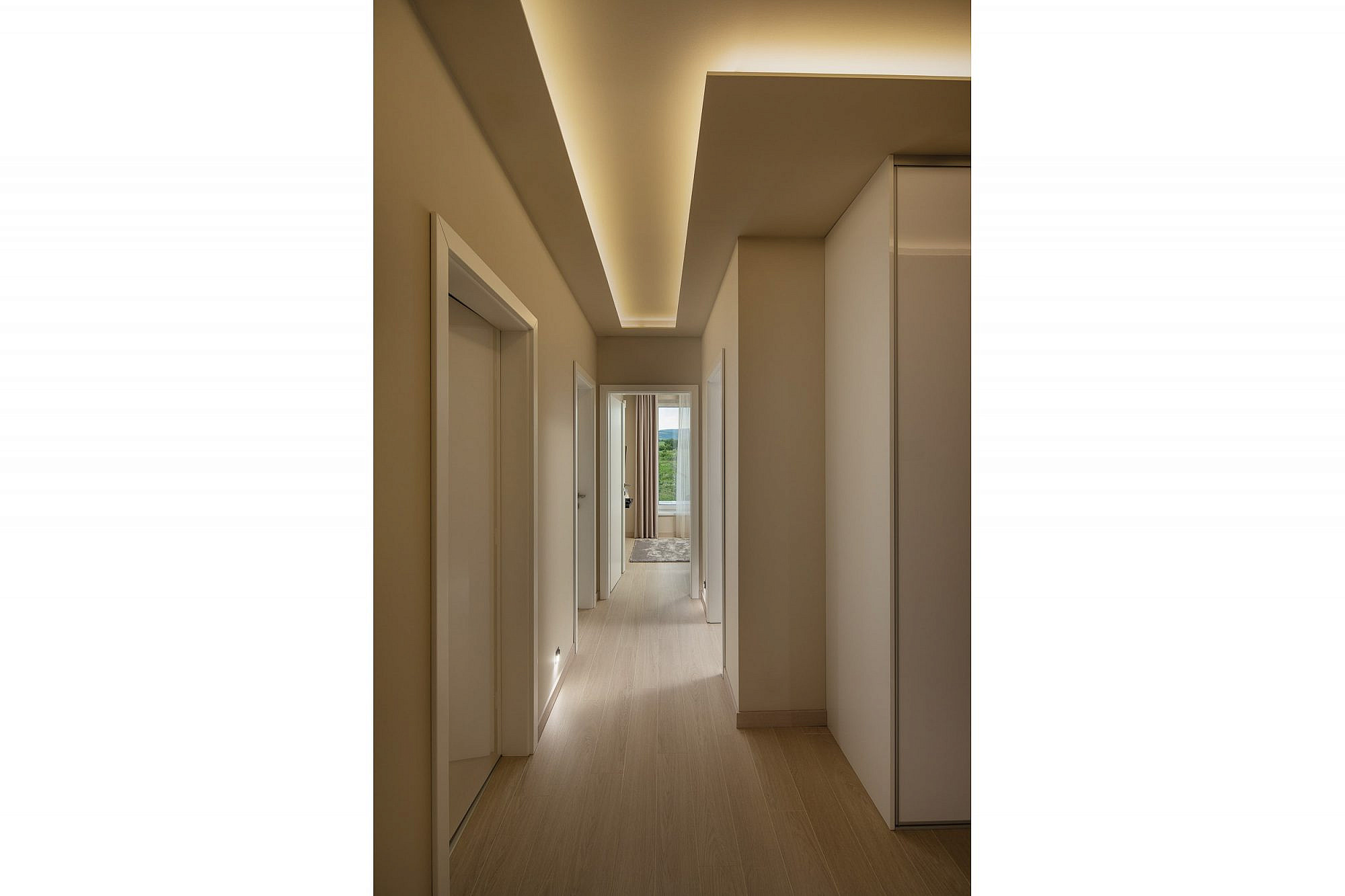 I always arrive at the site of such a building photo session at noon and leave an hour after sunset. I am required to do this as this way I can take photos in bright sunshine, in the golden hour and in the blue hour as well. This way I can build such a set of diverse photos that will appeal to all architects. My first thing to do was to take some photos from above by a drone in a way that I could show the most also of the surroundings. Since the modern style of this detached house did not fit the neighbouring Mediterranean style houses, it was a special request from the architect office not to let these houses be seen, but only the surrounding hills and the meadow. I was particularly lucky as this house had been built in a corner lot, and as such, it was bounded by the meadow in 180°. 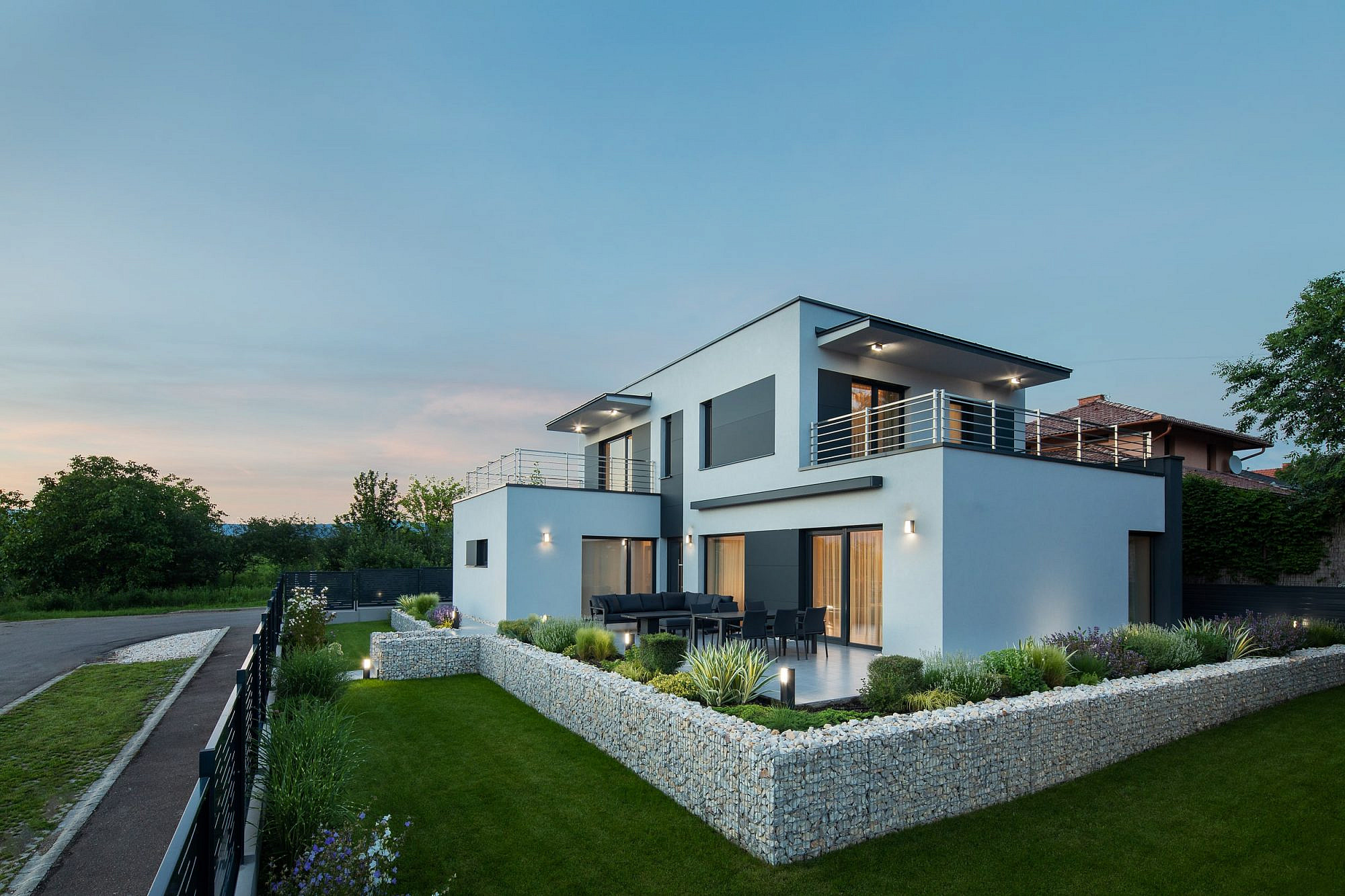 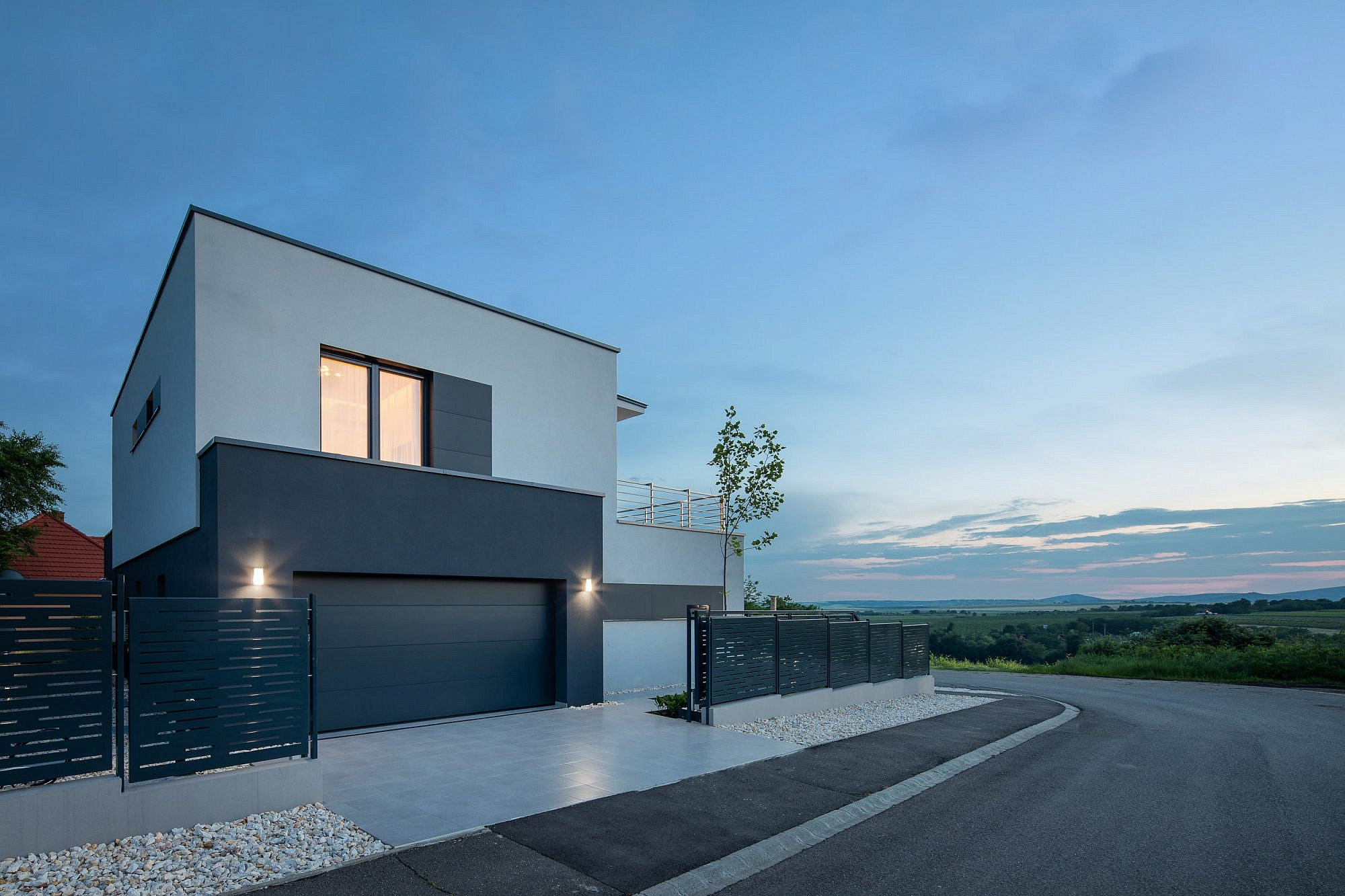 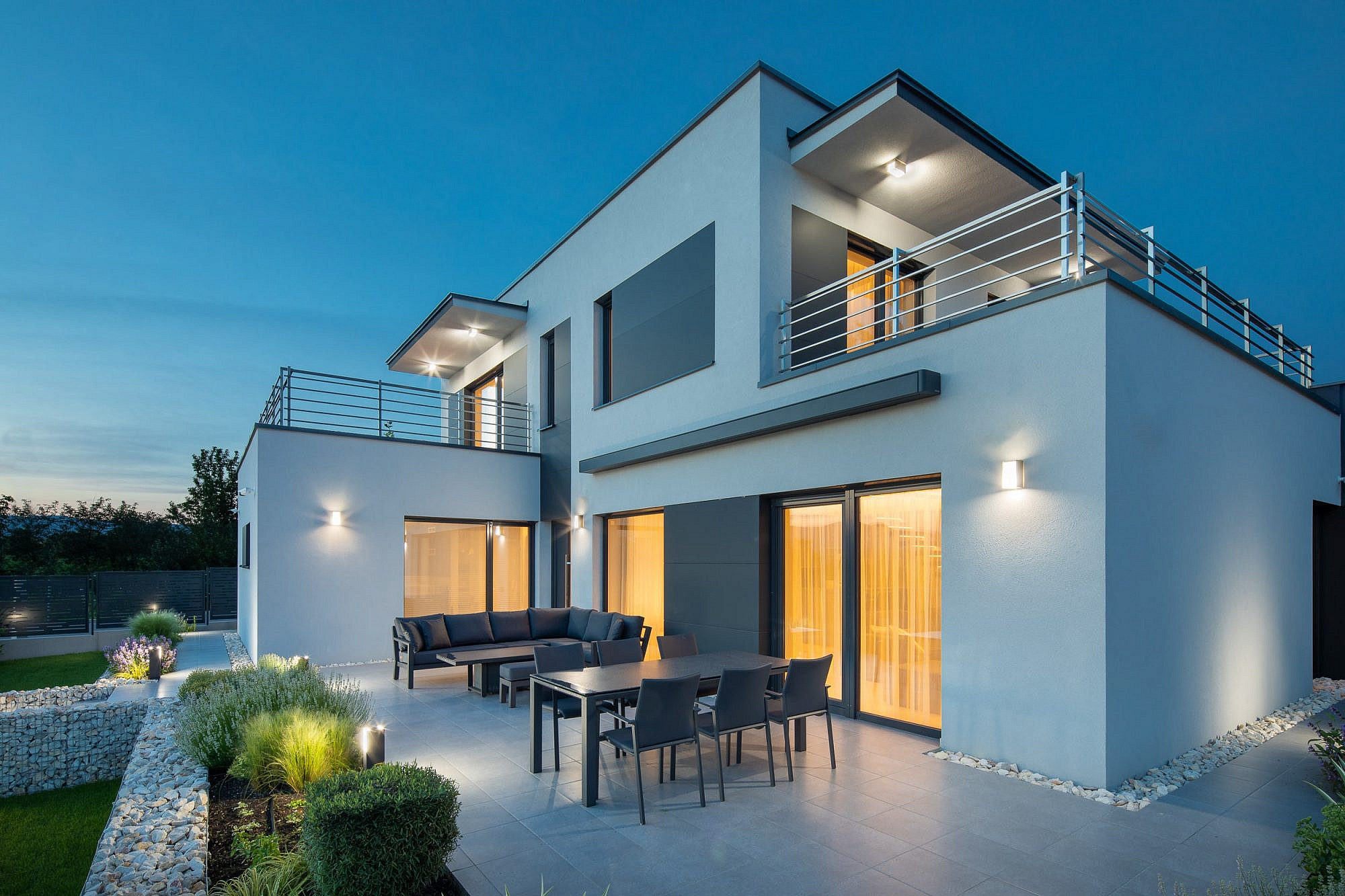 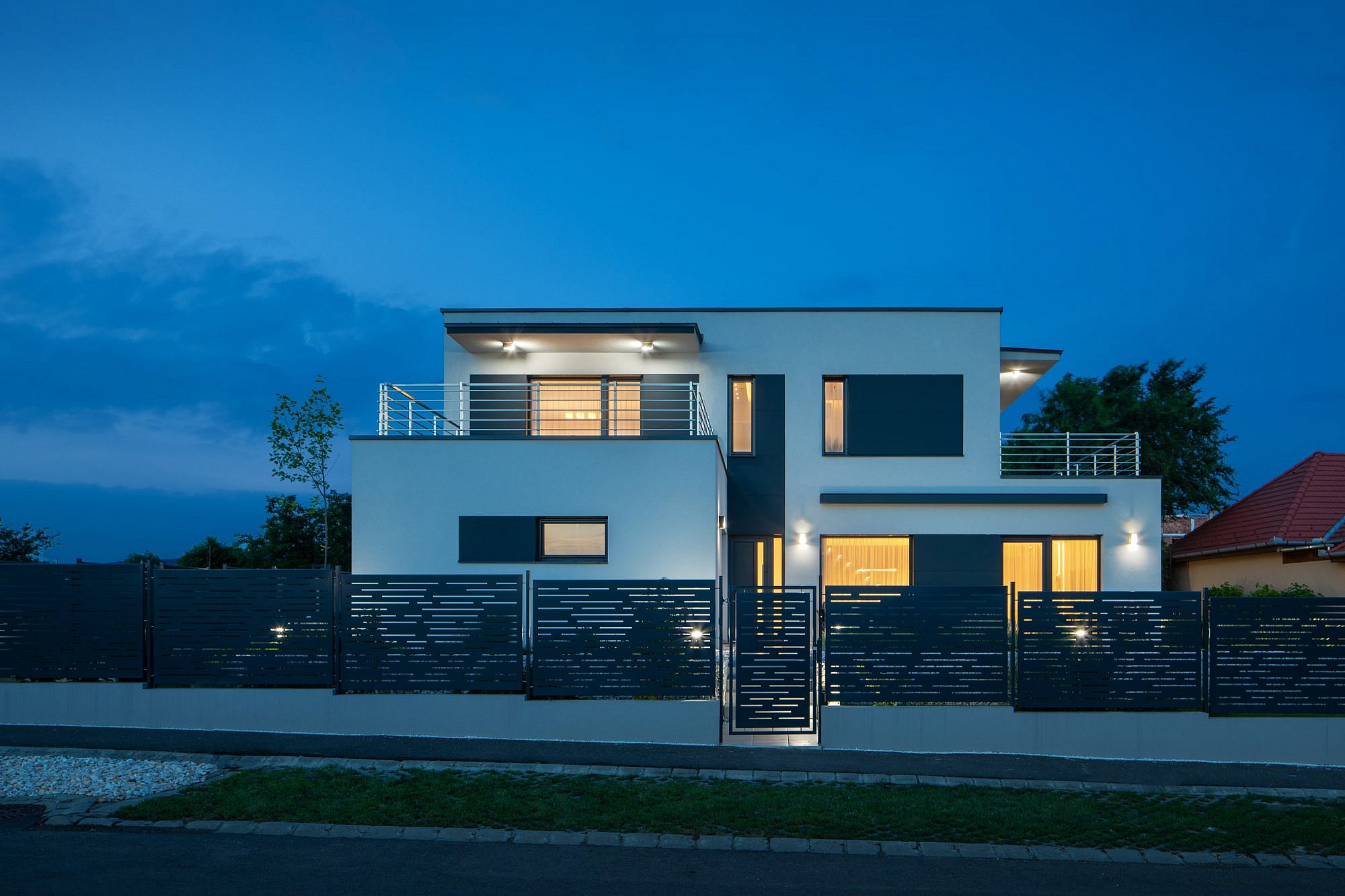 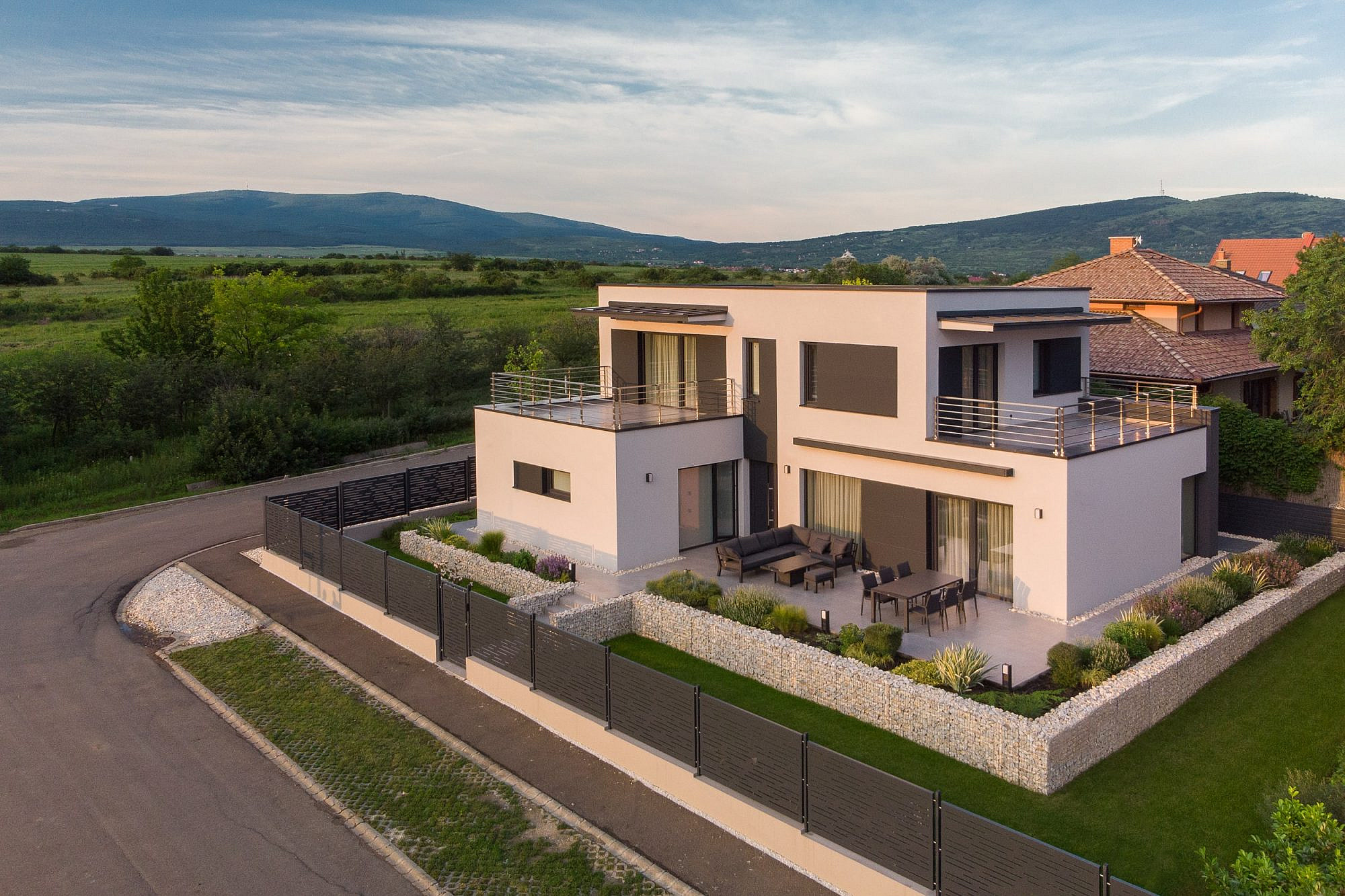 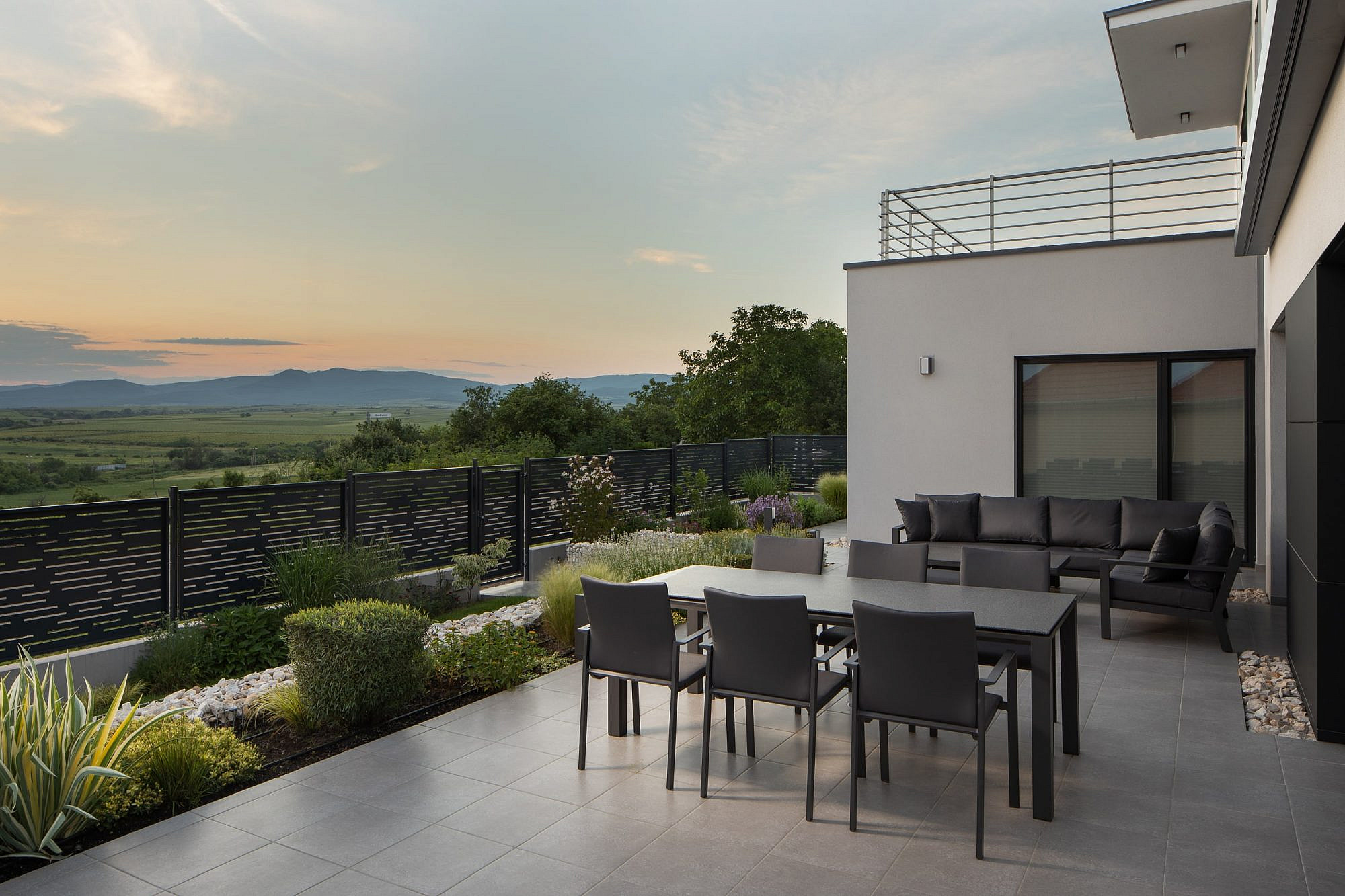 I started shooting the interior at around 2 pm. It was especially hard to display the outside environment and the textures of the dark furniture of the interior, however, with the help of the flash I could properly light up these rooms. Two bedrooms with breath-taking view to the meadow, a wardrobe and a bathroom could be found on the second floor of the two-storey detached house.

The photo session of a detached house escalates in the golden and blue hours. The best exterior photos of a house can be taken an hour before and an hour after the sunset. The photos should be shot from several different angles among various lighting conditions, either with a drone or a camera in order that the final result can be impressive and epic. These times I always make a plan beforehand which photo shall be taken at what time, so in the evening I work based on a put-up scenario. This was an awesome photo session, I enjoyed it a lot. This year I am going to have more similar photo sessions on detached houses, which you can also read about here in my blog. 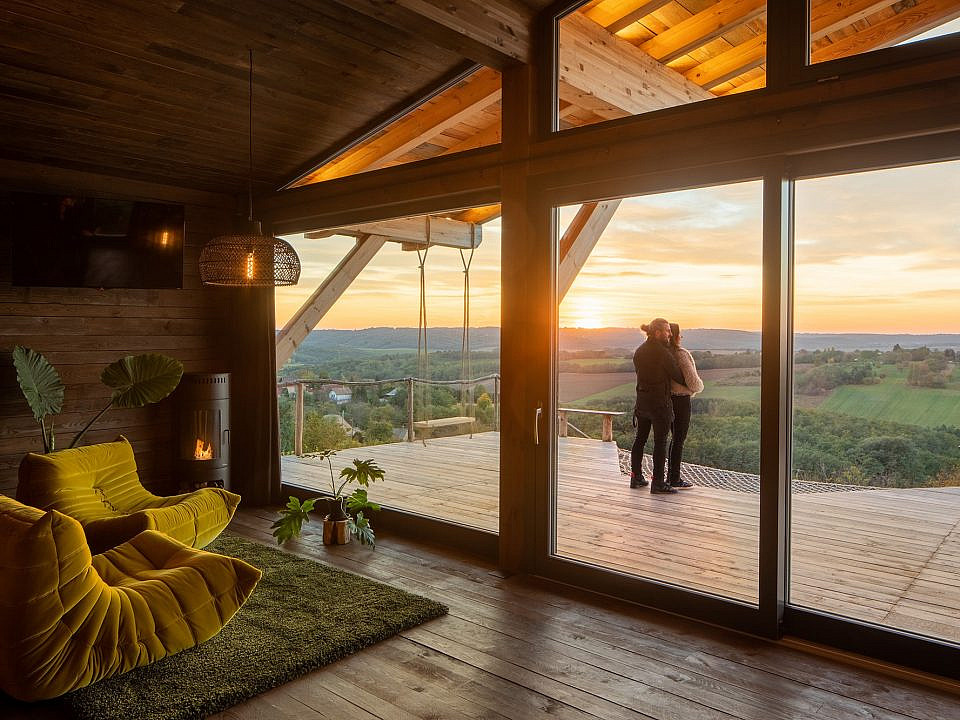 Shooting a guesthouse with a wonder-view in Zalaegerszeg 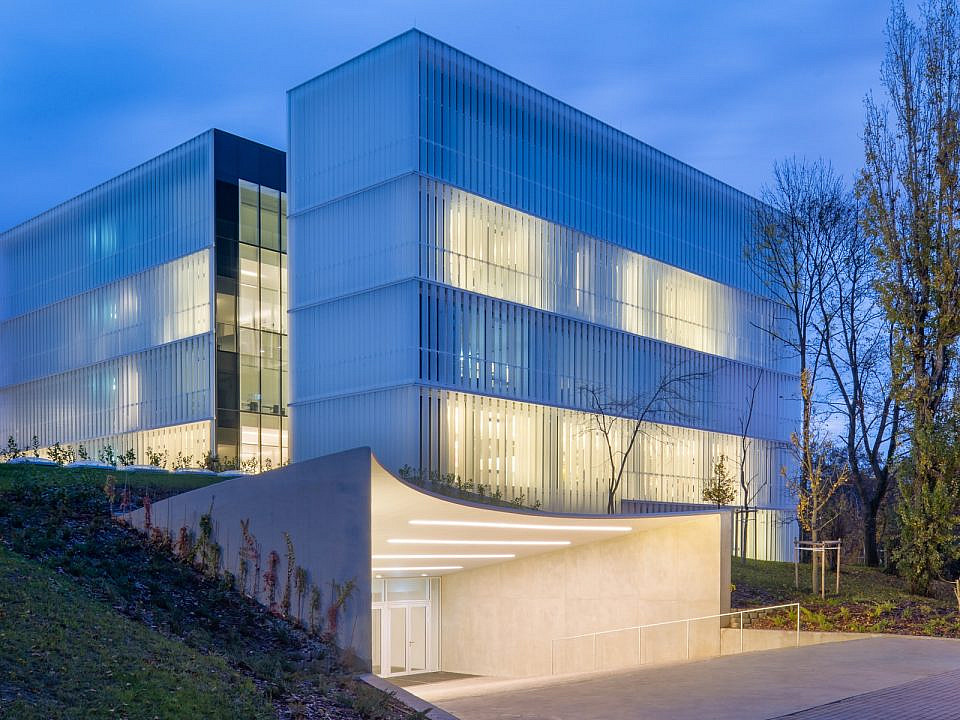